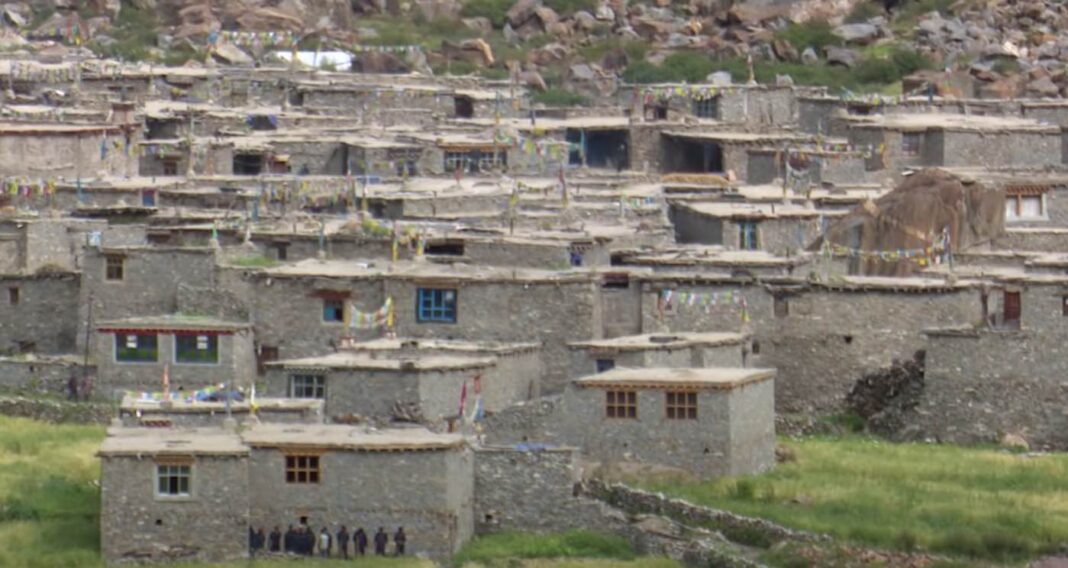 The landslide occured due to the continuous rain from June 16 to 20 in Jumla has damaged 24 houses in different places including Simkot, the district headquarters of Humla. Yangso Lama said that his house was completely damaged by the landslide in Simkot village municipality-3. He informed that he had been living in a neighbor’s house after the house collapsed. Deputy Superintendent of Police Heramba Sharma informed that 24 houses in Simkot, Kharpunath, Sarkegard, and Tanjakot villages were completely or partially damaged. 70 rooms of the collapsed house have been completely damaged.

He mentioned that five houses have been demolished and cannot be used whatsoever. After the house collapsed, the family was displaced to neighboring places, where a makeshift home of Tripal is made, police said. As the damaged houses are far away from the police post, it is said that the police report is yet to be prepared and the details of the damage are yet to come.

No relief has been provided for the victims. Landslides have been reported in many places except for the houses that were flooded. The local administration has urged to be vigilant due to continuous rains.