Reminding ourselves of pre-existing indigenous practices in Nepal 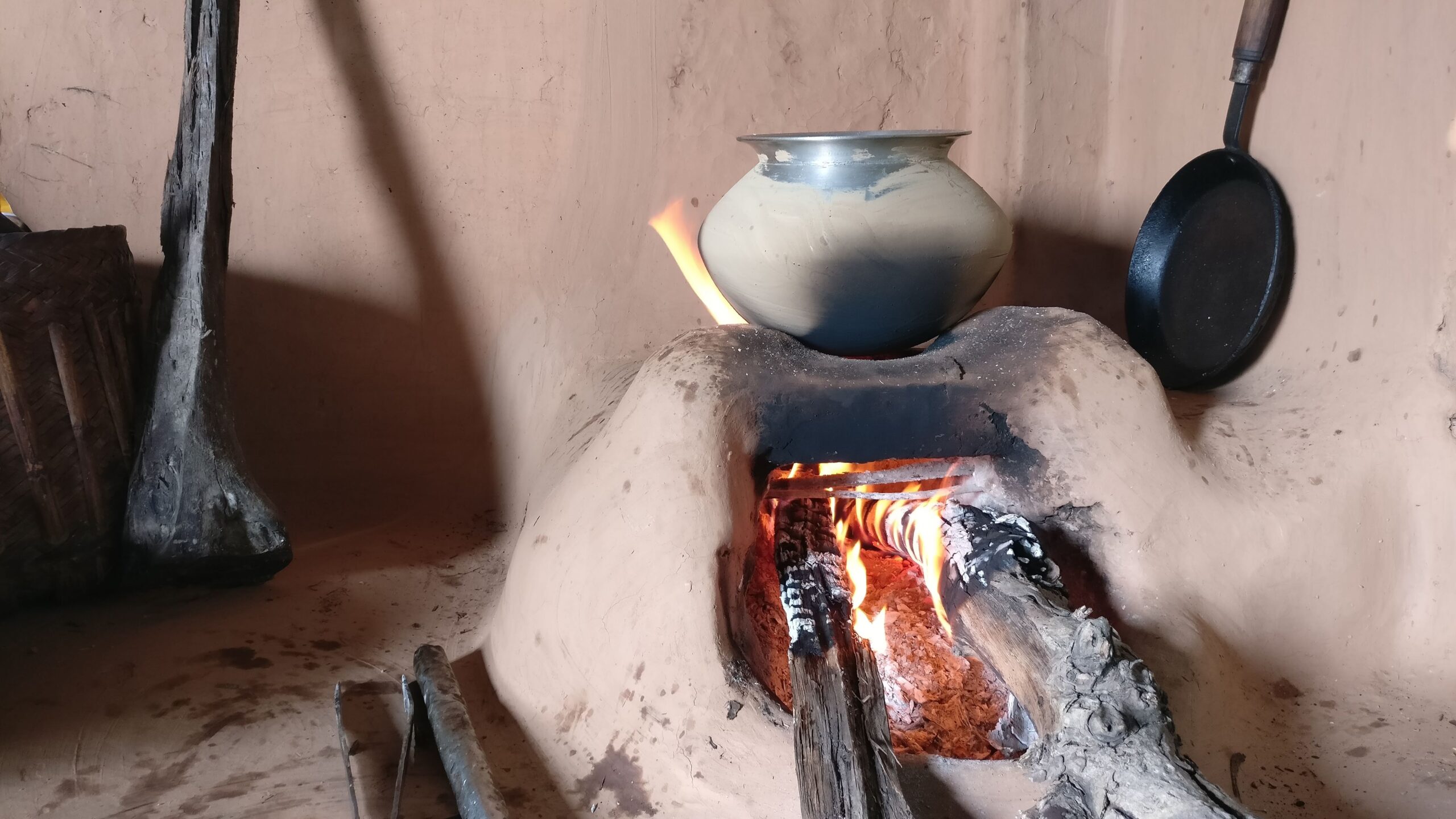 The picture presents ‘Chulo,’ a traditional and indigenous Nepali method of cooking made up of mud, which requires firewood as a source of heat. It requires pipe-shaped metal or wood to gust the air and aid the cooking process. The Chulo represents the traditional Nepalese lifestyle and reflects our cuisine. Food cooked on Chulo is rightly believed to be rich in taste and mouth-watering. Even though the cooking process is tedious and time-consuming, it is still preferred by the majority of people across the country. Nepal, being a forest-rich country with biomass and non-commercial source of energy, about two-third of total households, almost 64% of people use firewood as a source of fuel for cooking (National Population and Housing Census 2011, 2011). The people of Kathmandu and other urban cities often use Chulo as an alternative source of cooking food. Many restaurants and accommodation centers make use of traditional Chulo to fascinate tourists and publicize the culture of our country.

Apart from Chulo’s traditional value, the persistent use of Chulo intensifies many pulmonary, cardiovascular, and health hazards. The smoke inhalation during cooking exacerbates the health of many women and children in rural areas. The International Agency for Research on Cancer(IARC) has recognized at least five chemical groups in biomass smoke identified as probable human carcinogens (Stephen M Roberts).

Amidst health hazards, firewood for cooking is used by 76.5% rural and 37.9% urban households in the country, (CENTRAL BUREAU OF STATISTICS, 2015-2016). While wealthy, affluent, and well-educated families can afford LPG and other advanced induction cooktops, most people are still struggling with firewoods as a source of fuel for cooking, mostly in the remote place of the country.

Nevertheless, every Nepali citizen must be aware of it.  The majority of Nepal’s population still uses Chulo to cook food, and Chulo is an indigenous concept. This preserves the knowledge base of communities, provides opportunities for sharing benefits, and increases opportunities for socio-economic activities. It is also argued that Indigenous Knowledge is the key to sustainable social and economic development.